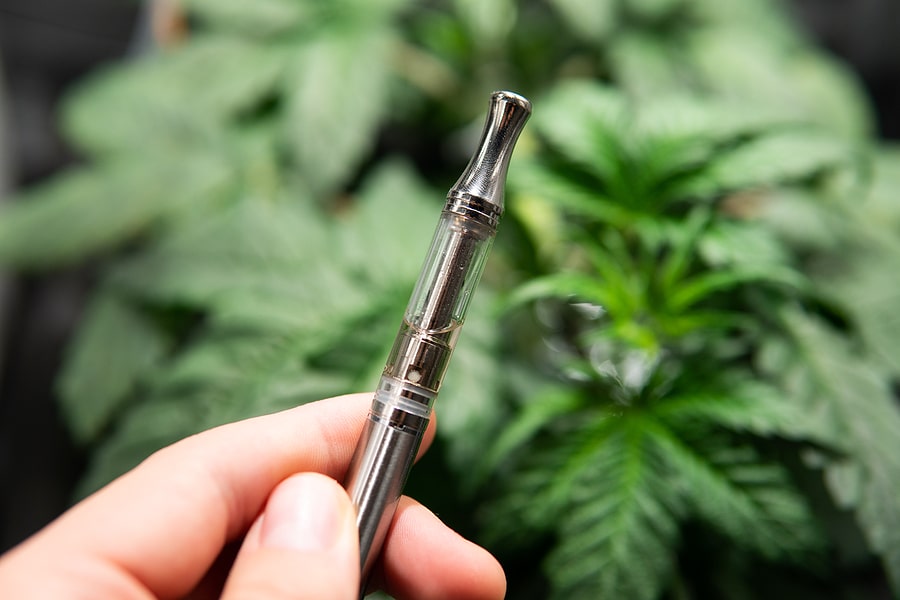 A common question among cannabis users is, “Does vaping weed smell?” Smoking weed in a joint or pipe will produce distinct smells that may or may not be pleasant to you. Because cannabis vaporizers create vapor instead of smoke, you might be curious about the smells the devices generate.

People often prefer using vape pens for their discreetness, but smells can make it obvious someone is consuming weed. Check out this guide about vaping marijuana and its potential aromas. Then, head to Cannabis & Glass in Spokane, Spokane Valley, or Liberty Lake, Washington, to explore different types of vapes.

Reasons You May Not Want To Produce Odors When Vaping THC

It’s a given that weed strains have distinct smells due to terpenes in the marijuana plant. Terpenes are the central components of weed oil that produce the plant’s aroma. The terpenes and cannabinoids like CBD and THC create an entourage effect, which means the chemical compounds work together to yield desirable interactions.

However, weed odors can be pungent, so you might not want to produce a lot of smells when vaping THC. You could have one or more reasons to avoid a strong odor when vaping, like:

So, does vaping weed smell? Yes, it will produce an aroma, but perhaps not as you expect.

Vape carts and pens keep most of the vapor in the device and your mouth and lungs when you inhale the mist. Since no smoke is circulating in the air, the vapor won’t have as much scent as a joint. The smell of weed will be unmistakable when you exhale the mist, but it won’t linger or be overpowering. 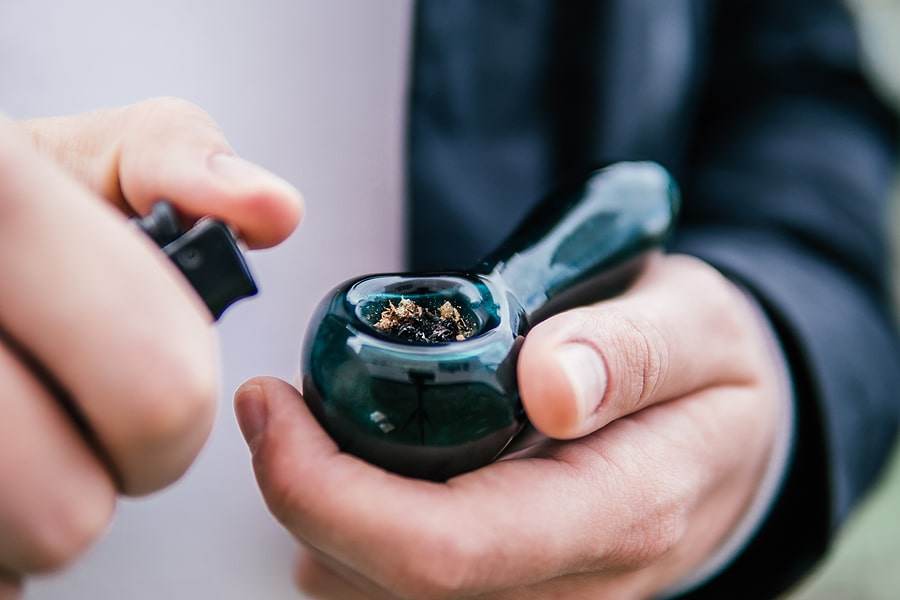 Despite the odor your vape may produce, it is significantly less potent than cannabis smoke. The chemical makeup of smoke and vaporized mist is too different to make similar scents.

Smoke includes volatile organic compounds (VOCs), sticky particles that cling to everything. When you smoke weed in a joint or pipe, the smell of the VOCs will attach to your hands, furniture, walls, clothes, etc.

Vape mist is only the release of THC and other cannabinoids from the marijuana plant. It doesn’t include the sticky, dense particles, so the vapor will quickly disperse in the air.

Will a Dry Herb Vaporizer Smell?

A high-grade dry herb weed is dank or fragrant enough to emit an odor simply by being in your pocket. You’ll smell it more when you open its container to expose it to air. By the time you break up the weed, its smell could easily fill a room.

By the time your dry herb vaporizer reaches the right temperature, you won’t be able to hide the sweet, intense aroma of the weed. The smell will be more evident in portable vapes because they use conduction heating. However, a desktop vaporizer with convection heating will produce less smell because the dry herb isn’t in direct contact with the heating element.

How To Mask the Smell of Cannabis When Vaping 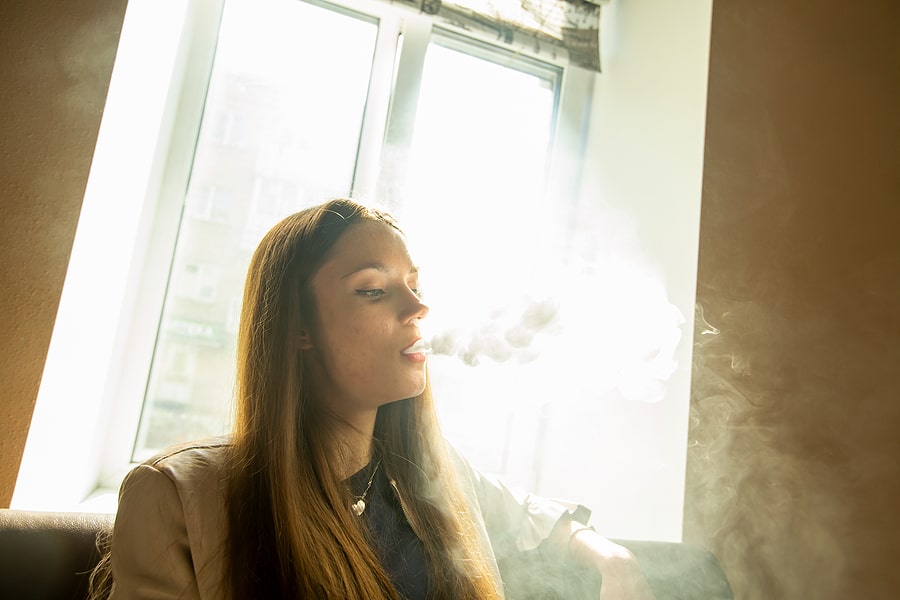 Here are tips for reducing the smell of weed when vaping:

Does vaping weed smell? In short, yes, but it is nowhere near as pungent as the smoke from a joint or pipe. Despite the reduced, non-lingering aroma, there isn’t any way you can find a vape that produces zero smell.

If you’re interested in vaping weed, head to Cannabis & Glass and check out our selection of vaporizers and carts. As Eastern Washington’s largest dispensary, we have an impressive inventory of vape pens and cannabis oil cartridges. Head to one of our locations in Spokane, Spokane Valley, and Liberty Lake and explore our daily deals on quality concentrates, flowers, vapes, and more.

What Are Weed Carts and Why Are They So Popular?

Our Favorite Food Trucks in Spokane

How to Grind Weed Without a Grinder