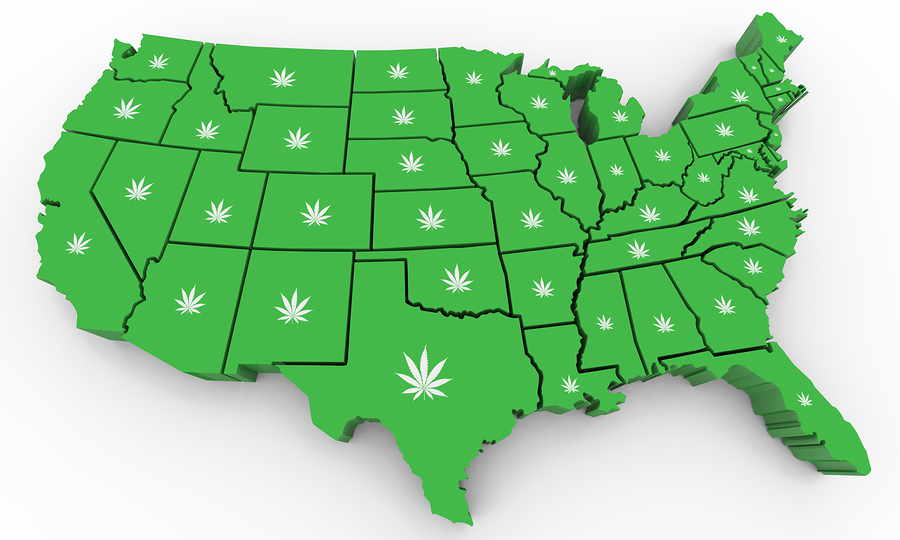 Here at Cannabis & Glass, we bring you the finest cross-section of cannabis products along with some exceptional glassware. With over 400 strains, we stand head and shoulders above other Spokane dispensaries.

We’re not alone in our desire for adult Americans to enjoy recreational marijuana without needing to endure black-market contraband. According to recent research, more than two-thirds of Americans now supporting the legalization of marijuana.

The Shifting Landscape of Marijuana

Since medical marijuana was first legalized in California back in 1996, public opinion has continued to become more supportive.

Back in April of this year, a CBS News polling showed that 65% of Americans firmly believe in legalizing marijuana across the board. The bulk of those polled viewed marijuana as dramatically less harmful than alcohol. They also consider marijuana much less dangerous than other drugs.

The same poll showed just 27% of Americans held this same opinion back in 1979 with the days of flower power firmly put to bed. By 2013, the CBS poll indicated a sharp spike with 45% of Americans in favor of legalization. The pro-legalization contingent tipped majorly by 2018, with 59% of those polled crying out for a change in marijuana’s legal status.

By late 2018, Gallup data showed that 66% of adult Americans would now like to see marijuana legalized. It was the third year running that support had increased.

Where marijuana was initially legalized for medical purposes only, we’re now seeing a move that relaxes the law, even if marijuana is used recreationally.

At the end of last year, Canada followed Holland’s lead and became the second country in the world to allow legal recreational use of marijuana.

Despite the stated aim of Attorney General Jeff Sessions to adopt a hardline stance on marijuana at the federal level, public support for legalization has not been dampened. Sessions efforts were, to a large extent, declawed when President Donald Trump intervened. He suggested the presidency would be amenable to states establishing their own marijuana policy, as they saw fit.

With recreational use now legalized in both Washington and Colorado, which demographics are most in favor of this leap forward?

It comes as no surprise that younger adults have long supported a change in marijuana’s legal status. More than three-quarters of 18 to 34 year-olds in America are pro-legalization. 65% of those aged 35 to 54 share this opinion.

It doesn’t stop there, though. With 59% of Americans aged 55 and above also coming out in favor of legalization, we seem to have reached the tipping point. Beyond public opinion, last year also saw another first. 53% of Republicans are now calling for a downgrading of marijuana’s legal status, and there’s majority-level support from all parties.

Where Do We Go From Here?

We’re proud to provide the best recreational dispensary in Eastern Washington. Whether you want some edibles or wax for your dab rig, a striking glass bong, or some fierce bud, come on down to Cannabis & Glass. Choose from over 400 impeccable strains and rejoice in marijuana’s legal status for all purposes here in Spokane.

How Long Does Weed Stay in the System of an Athlete?

Things to Do in Spokane When You’re Stoned